Nafciarze.info » Bez kategorii » Morten Seier: „I think everyone knows what my best memory from Płock is”

Morten Seier: „I think everyone knows what my best memory from Płock is” 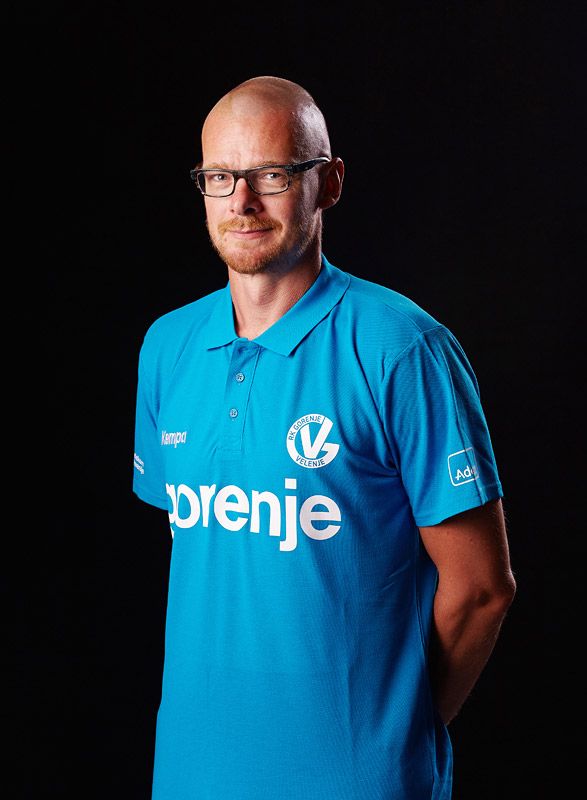 When did young Morten decide to become a professional goalkeeper?

I started to play handball when I was 12. My mom and dad were playing handball and that’s why I played handball in the winter and football in the summer. I don’t think I ever “decided” to become a goalkeeper. It just happened, naturally.

Who’s the player you always looked up to on the handball court?

My role model was Mats Olsen, a goalkeeper for the Swedish national team.

What motivated you to move to Płock and play in the team? Before signing the contract, had you heard about Wisła?

Yes, I’d heard some stories about Wisła Płock before I signed. The history of the club and its tradition were the biggest reasons why I moved to Płock. And of course, I’d heard about the holy war [the Płock-Kielce rivalry].

What are the best and the worst memories from your stay in Płock?

I think everyone knows what my best memory from Płock is [Morten is alluding to the 2011 championship run]. And of course the fans that are my second best memory. The worst was the year we finished 3rd in the league.

Have you visited Płock after moving to Slovenia? How do you remember the town?

Unfortunately, I have not been back to Płock. It is a big wish of mine to come back, to watch the holy war at Orlen Arena. My girlfriend wants to visit Płock as well, but so far we just haven’t had the time to do it.

After retiring as a goalkeeper you moved to Slovenia to work as the fitness coach for Gorenje Velenje. How’s the life in Slovenia going?

Yes, I moved back to Slovenia and not to Denmark because of personal reasons. But I am happy in Slovenia and I like the life that I am living there.

What do you think about the SEHA league? Your team faces many opponents that play in the Champions League. The SEHA league is very demanding, isn’t it?

Yes, the SEHA is a strong league, much stronger than the Slovenian league. As you are saying, there are many good teams, playing as well their Champions League games essentially at the same time. I believe it’s good for both the players and the club, the fact that we have so many demanding games to play. And of course, it’s good for the sponsors, because we get to play in different countries.

As the fitness coach, what do you mostly focus on to properly prepare each player for the games in both the SEHA and Champions Legue?

I need to prepare the players for 10 months of hard games and I simply can’t focus on single players because the team plays twice a week and we must be at our best every game.

Why did you decide to work as the fitness coach? Did you study in this field? What’s the most interesting and the hardest thing about your job?

Yes, I studied to become an athletic trainer and actually, I’ve always been interested in fitness training. The most difficult thing about my job is to correctly prepare the training schedule, so to say — not to overload the players but of course not to leave them with insufficient preparation, either. That’s the hardest part of my duties because every year new players arrive and I need to know their physical capabilities. I consult the training with the head coach, the doctor and the physician, individually, every day. All of this to minimize the risk of injuries ocurring.

Adam Wiśniewski has recently taken up the president position at Wisła Płock, what do you think about it? What would you wish Adam with this new role?

I wish Adam all the best with the new job in his beloved club! I know it for a fact, he will do everything he can to make Orlen Wisła Płock a strong team.

After the last championship season in 2010/11, Wisła Płock has not been able to defeat Vive Kielce since. Do you think the team still has a chance to catch up with our biggest rival? What do you think the club should do in order to reach this goal?

Yes, I know that, and I remember 2010/11. Nowadays, money is a big part in the success on the biggest sports stage and I think this is the biggest problem for Wisła Płock. I’m sure Adam will do everything in his power so that Wisła Płock can win the domestic title again. But it isn’t just about the president, the entire team — the coach, the players — they have to work hard. When you look at Kielce, they’ve kept the same roster and the chairman together for years. Unfortunately, this is not the case in Płock. I think this and the money factor are the biggest problems Wisła is facing.

What would you wish the Płock fans?

Best of luck to the best handball fans!

What should our team wish Morten Seier?

A happy and healthy life!

﻿
Please enter the Page ID of the Facebook feed you'd like to display. You can do this in either the Custom Facebook Feed plugin settings or in the shortcode itself. For example, [custom-facebook-feed id=YOUR_PAGE_ID_HERE].